The Argyll Papers at Inveraray Castle are the archives of the Campbell family, Dukes of Argyll. 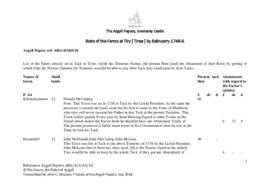 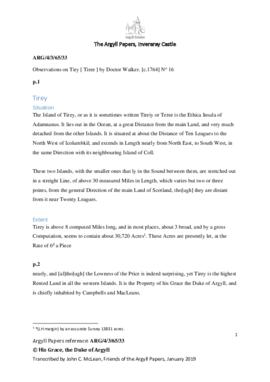 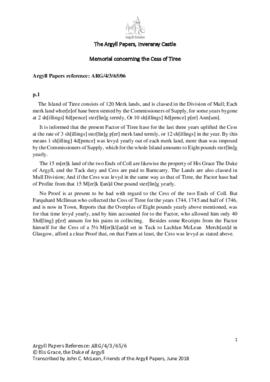 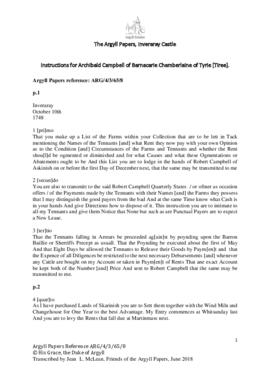 A series of volumes similar to scrapbooks into which documents were inserted but not fixed. Each volume had a specific title or theme. The volumes were surveyed in the 1950s by the NRAS and the resulting lists were included in NRAS 6. By 2017 some of the content had been relocated and had been relisted in the NRAS 1209 bundle series. Documents are now being removed from the volumes, boxed and the contents checked and relisted. Where possible, missing volumes are being reconstituted from the NRAS 1209 bundles series.

Immediate source of acquisition or transfer

Existence and location of originals

Existence and location of copies